Mariko: I’m here today with my teammate from the Production Team, Gildas. I’m sure no one will disagree when I say he is the most cheerful and unruffled person at NERD. Always there to lend a helping hand with his abundant knowledge!

Mariko: Please introduce yourself and your role at NERD.

Gildas: I’m Gildas and I’m a Software Engineer (Production/DevOps Engineer). I work closely with the IT Team and Support Team within the Production Team. I’ve been working for NERD since 2009, which was actually Actimagine at the time. 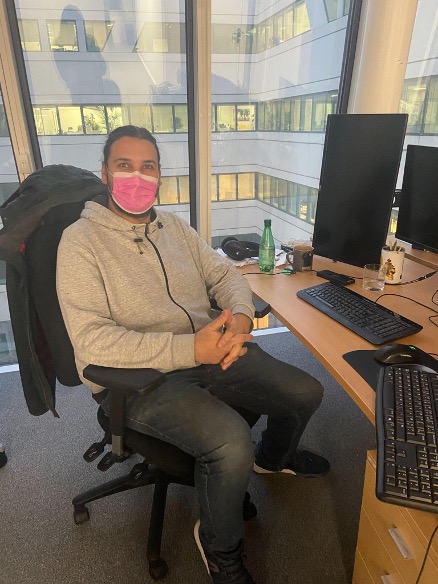 Gildas at his desk

Mariko: People know you as the guy that can do many things, but what exactly is your expertise?

Gildas: I have a background in coding (mostly server-side applications, network-related and a bit of embedded software) and was initially hired to work on the video transcoding servers. Over these past 8–10 years, I’ve shifted to server management and automation tools. My day-to-day work revolves around managing the servers and the services running on them. I manage the CI service infrastructure, the monitoring services… There are a lot of other side-projects, proof-of-concept projects, and maintenance/improvement tasks in which I’m involved… I also look into warning signs and errors that appear often in our infrastructure.

Mariko: Out of all the things you do, what do you like best?

Gildas: I love tinkering with server management. The problematics related to server deployment is something that really interests me right now.

Mariko: What made you want to join NERD… or should I say Actimagine?

Gildas: At the time, I was working in a research facility that was doing perceptual evaluation of video quality so I was quite aware about the constraints of video quality. Playing games on Nintendo consoles, I noticed the Actimagine/Mobiclip logo and I wondered what their involvement was in these games. I found out that it was about video codecs, and I was quite amazed by the quality of the videos running on the Nintendo DS. I contacted Actimagine and there was a position open, so I was quite lucky.

Mariko: It seems like everybody needs your help and we need to clone you. Does that get stressful at times? How do you manage your stress?

Gildas: Ummm… I don’t actually get that stressed. (laughs) I just try to keep things organized and I have a huge stack of tasks, but many of them are small things for a lot of people. I just keep things organized and eventually things get done. I’m lucky to have just a few urgent high priority tasks that I have to keep running, but otherwise my work mainly consists of many side projects.

Mariko: I think you’re one of the most calm and cheerful people here at NERD. How do you keep this mentality?

Gildas: I think it’s a matter of relaxing. You just need to do your job and alleviate the pressure when needed. I guess it depends on the person, but for me I keep it simple. I try to keep track of everything and not feel like I’m not doing enough or too much.

Mariko: What is the most memorable work you’ve ever done at NERD?

Gildas: There are always new challenges and things to learn. I can’t pinpoint which one was the most memorable because I tend to focus on the current task. I have good experiences with many big projects at NERD… I had a great time with the Nintendo Classic Mini: Nintendo Entertainment System project because there were many components involved.

Mariko: What did you do for this project?

Gildas: I tinkered with electronics and handled the monitoring of the boards to check consumption and helped with the automation for integration in the CI. There was also some stuff with the previously developed video streaming technologies, and as always, capitalization on work previously done.

Mariko: Now moving on to more personal questions… What game are you playing right now?

Gildas: I regularly play some Animal Crossing: New Horizons and Cities: Skylines but I just finished Call of the Sea and I’m slowly playing Carrion, Surviving Mars and Humankind on the side. I played a little bit of Metroid Dread but I couldn’t beat the final boss…

Gildas: Yes. (laughs) I know I will have to spend an hour trying to beat the boss… but now I’m spending time on Animal Crossing: New Horizons.

Mariko: What is your favorite console?

Gildas: I would say the Game Boy, but I’m pretty sure it’s the nostalgia factor that’s weighing in because it was my first real console and I spent a lot of time on it. Even if I’ve played various consoles over the years, it remains one of my favorites. I have a lot of memories of games from that era. I’m sure these games are hard-coded in my memory.

Mariko: What is your all time favorite game?

Gildas: That would be Civilization IV because it’s the game I’ve spent the most time on in total.

Mariko: How many hours have you spent on it?

Gildas: I have no clue because I started at a time when I had no interest in measuring my play time precisely, but I remember entire nights and days spent on it.

Mariko: You’ve been learning Japanese for about 10 years now. Do you think Japanese has helped with your work?

Gildas: I think a bit. I can decipher some elements. I don’t participate in a lot of meetings with Japanese people, but when I hear the Translation Team and you, I think I understand a bit better. I like the language and the challenge.

Gildas: In the morning I check all the communication channels. I also check my journal to see the activities I’ve planned for the day. After that it varies.

Mariko: Please show me something interesting that’s on your desk right now!

Gildas: This is a can I received a long time ago for a Christmas party. It was filled with candy. 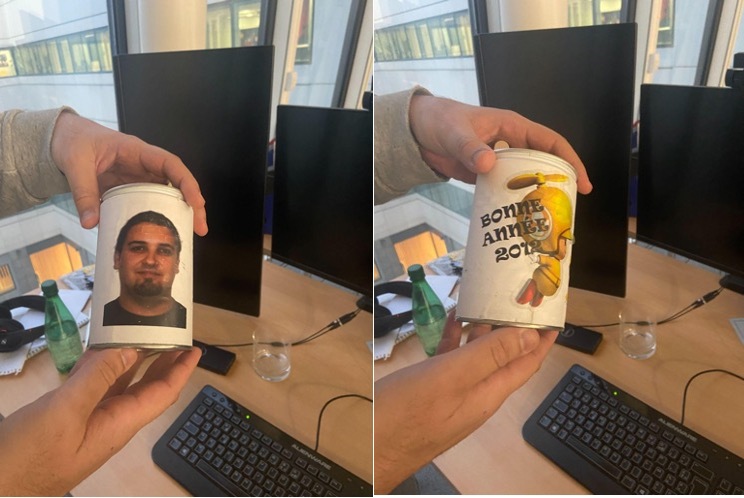 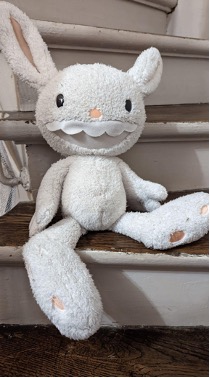 Gildas: This is Max from Sam & Max. Little buddy cracks me up at my home office!

Mariko: Thank you for your time, Gildas!