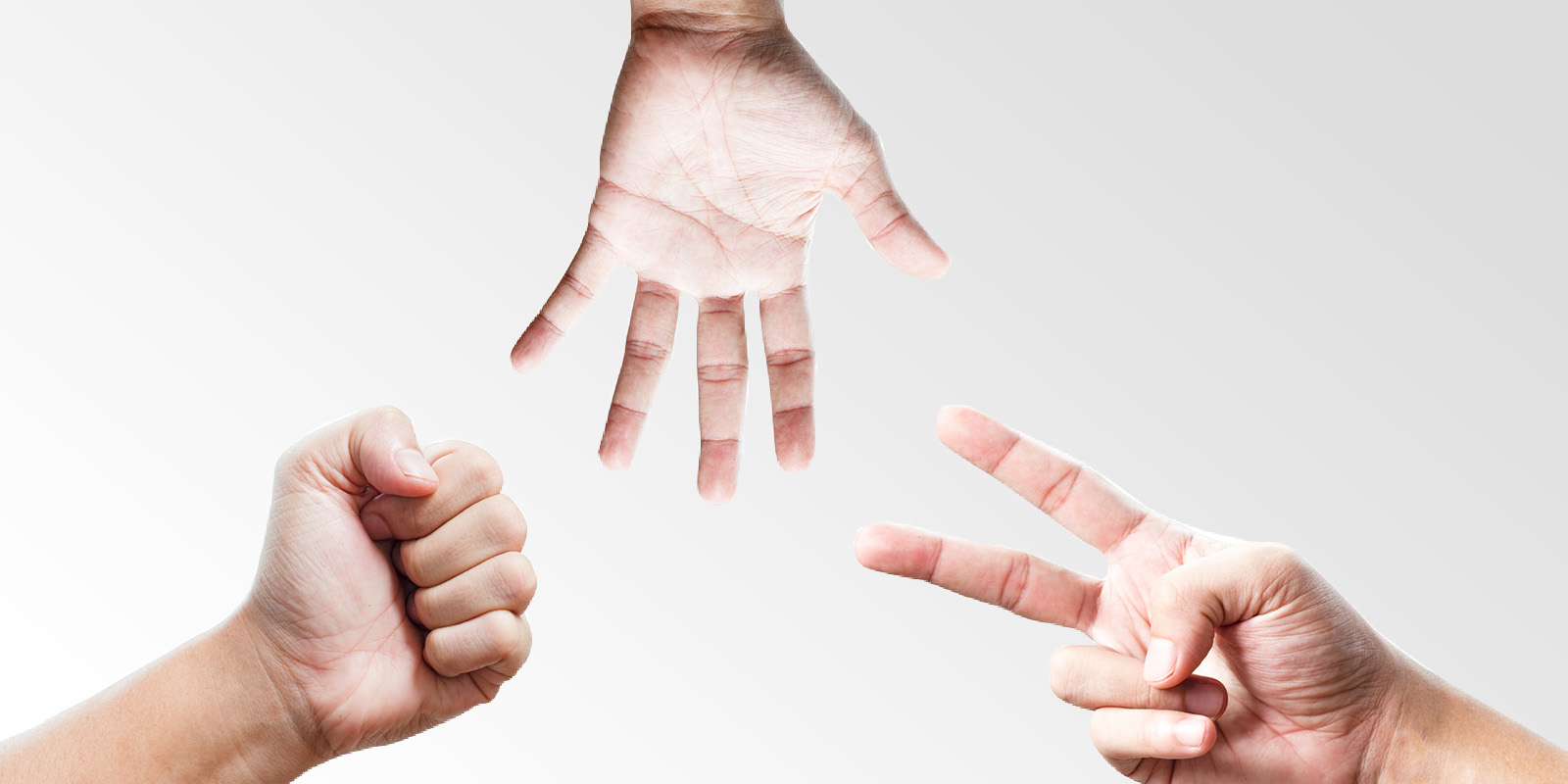 For online games, trying to match players who have balanced chances of victory is usually a healthy goal.

The most common method relies on calculating individual rankings based on the Bradley-Terry model, which assigns a positive strength value S to each player, with the chances of victory of player P (with strength S) over player P’ (with strength S’) defined as:

The most famous system based on this model is the Elo rating for Chess.

Actually, this nontransitive strength mechanism is one of the underlying design principles of many competitive multiplayer video games.

Bringing a fresh approach to the old rock paper scissor concept, the solution we experimented with relies on simply using three “strength” values for each player instead of one: \((S_1, S_2, S_3)\) for player \(P\) and \((S'_1, S'_2, S'_3)\) for player \(P'\). In the case of rock paper scissors, for example, these can be interpreted as the probability for each player to select rock, paper or scissors.

We can easily express the nontransitive situation as follows:

We were also able to confirm through simulations that these “hidden” strength values can be calculated using only the win/loss outcomes from several games between nontransitive players.

Interestingly, this sort of “nontransitive paradox” can be found in “non-transitive dice”, for example.