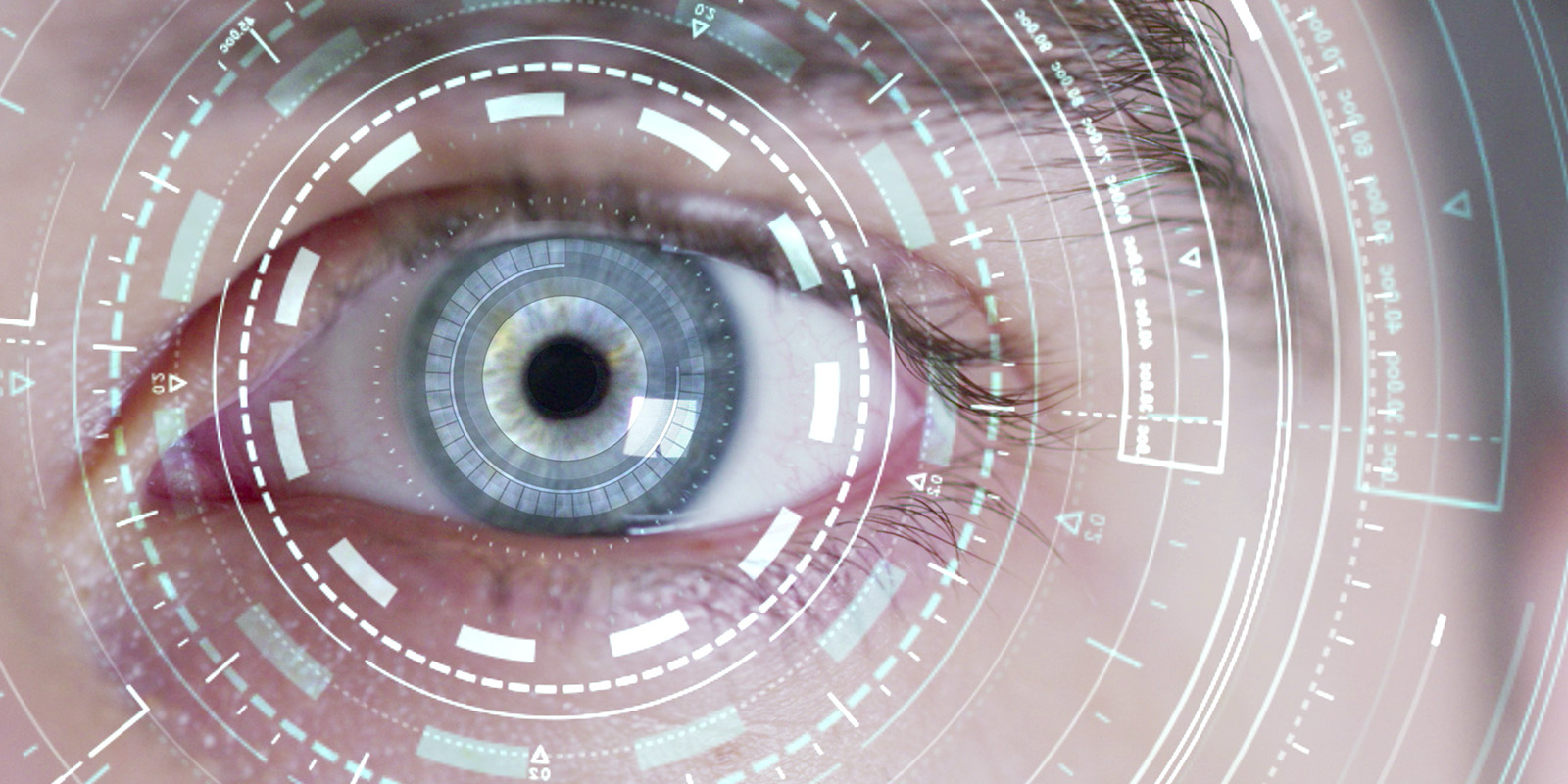 For mass market computer vision, you generally need a lens and a sensor with the highest resolution at the lowest cost. While cost usually increases with resolution, for some special applications, it’s possible to use tricks to obtain higher resolutions while lowering the cost.

In the case of gaze-tracking for example, measuring precisely which point the user is looking at from a device at arm’s length requires quite a high resolution. Very high resolution sensors are accordingly expensive, but here we only need to capture a small portion of the user’s face: the eye. If we limit the captured image to that area only, the total resolution can be kept reasonably low.

One solution is to dynamically shift the sensor (or the lens) laterally to track the position of the user’s eye. The problem is that moving parts are usually costly and fragile.

There is also a way of solving this problem entirely optically, without relying on any moving parts. 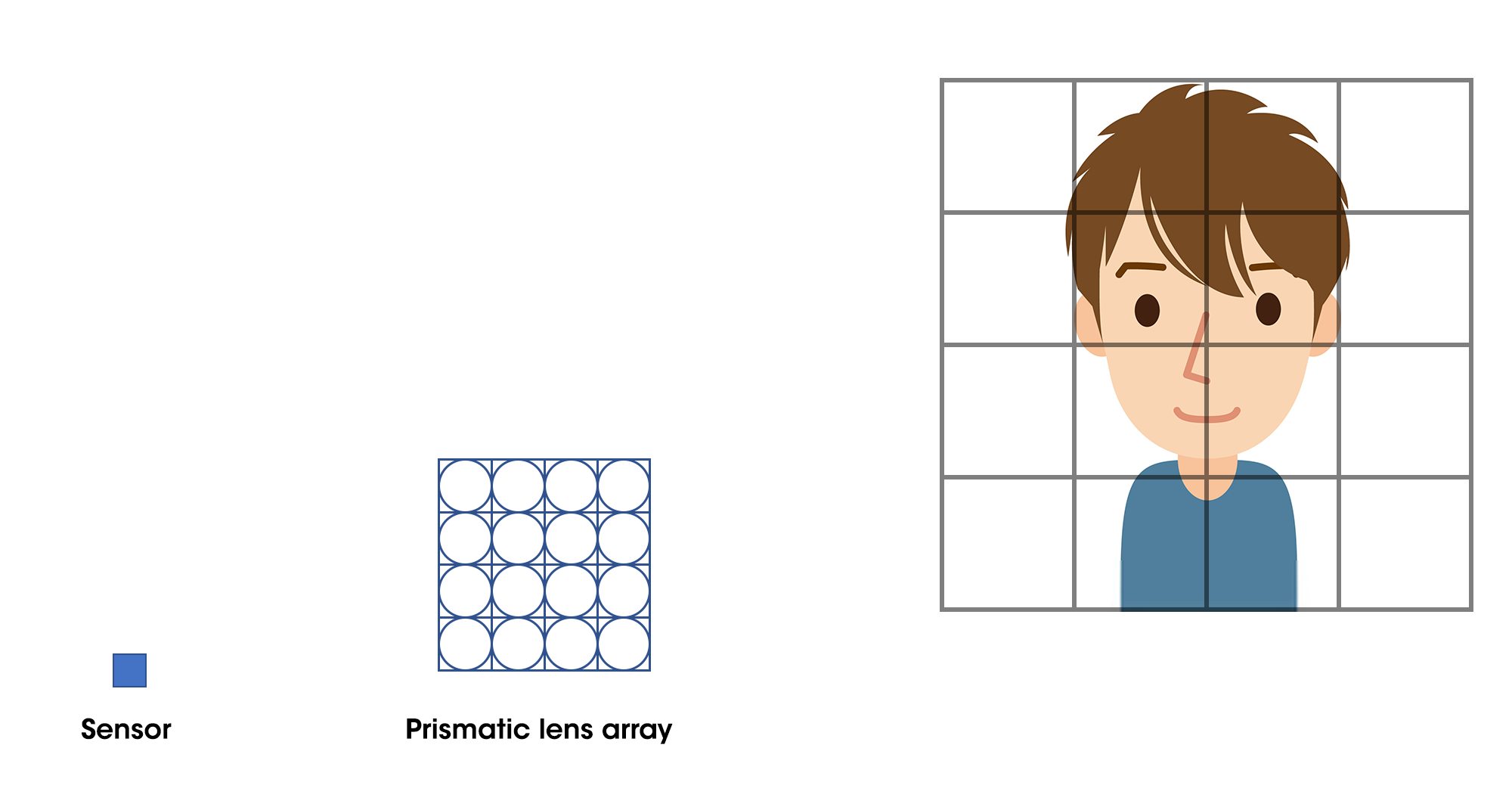 The light barrier is dynamically activated in a way that only ever enables one light path at a time: 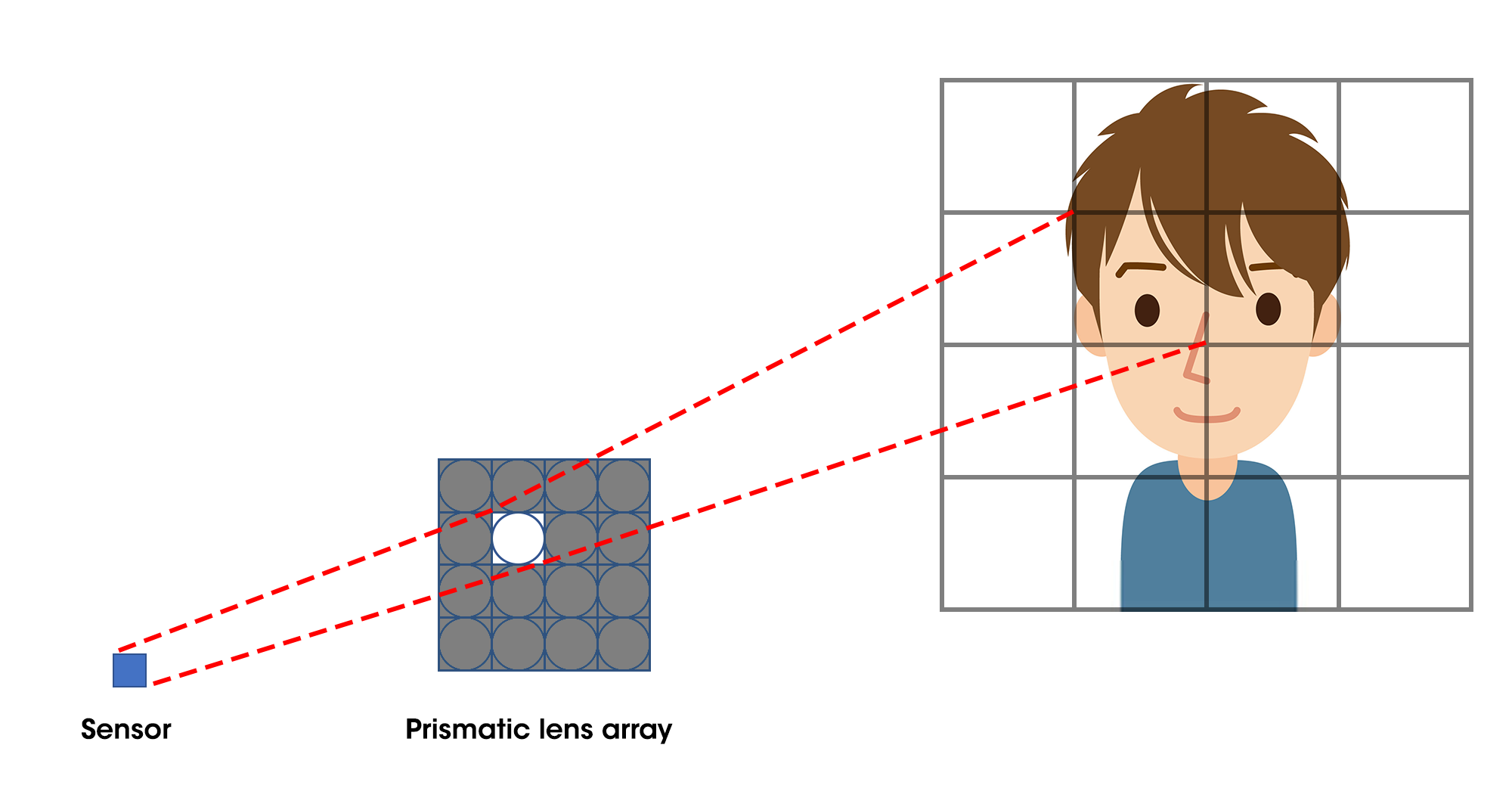 Of course, several implementation details need to be handled, like overlap between regions to capture eyes located at zone boundaries, or correcting color fringing produced by the prism by using Fresnel lens shapes.